After you have created your intents and entities in Watson Conversation you will want to start to create your dialog. The first question that developers immediately ask is how do you capture and then record the input of the user? To do this create a dialog node with a new condition called input.text as shown below. 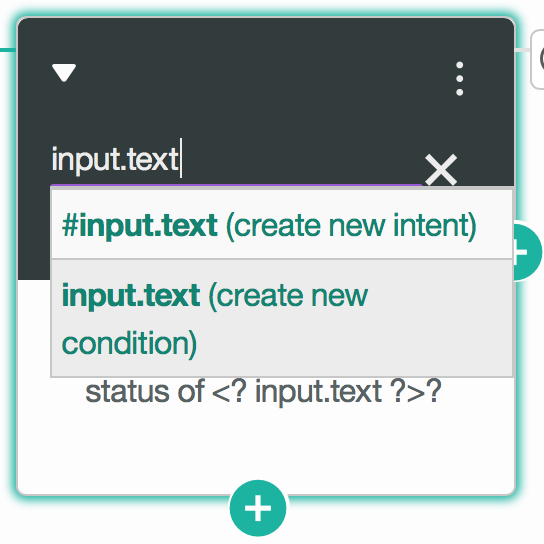 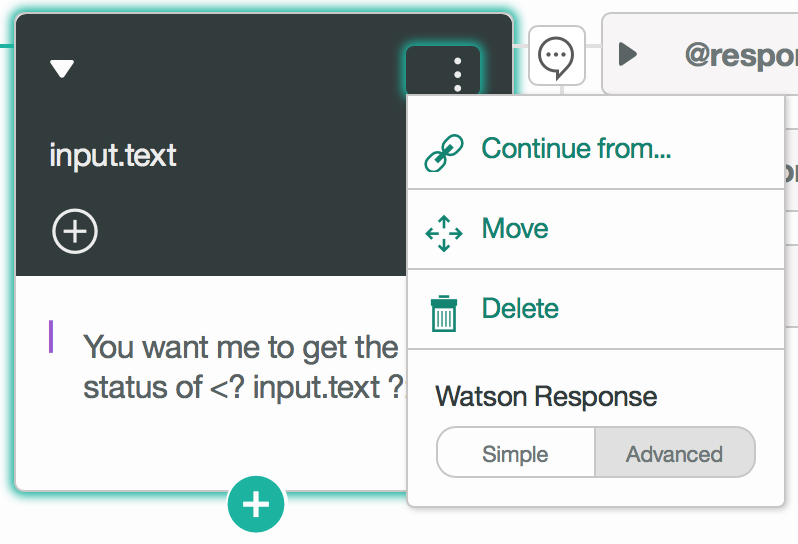 After you have the “Advanced” view displayed you will want to maximize the view by clicking on the “Maximize” button to make it easier for you to create and edit the JSON object as shown below.

Now add a section called context as show below in the editor and select a field name that you will use to refer to the input.text. In this particular case I created a field called policy and return the value that was input by the user. From your calling application you can simply access the policy field from the context object that is returned by the Watson Conversation API.

I hope this short post has helped you understand how to capture user input and carry state in your Watson Conversation bots.

2 thoughts on “Collecting Input and Recording State in Watson Conversation”

This site uses Akismet to reduce spam. Learn how your comment data is processed.

Powered by BestWebLayout and WordPress